Today we discuss the new Sony smart home speaker, which is basically the best combination of Google and Sony. This new smart speaker is said to be one of the more impressive tech that Google has in its lineup and exhibits many pros. To learn about this hot new product just read on! 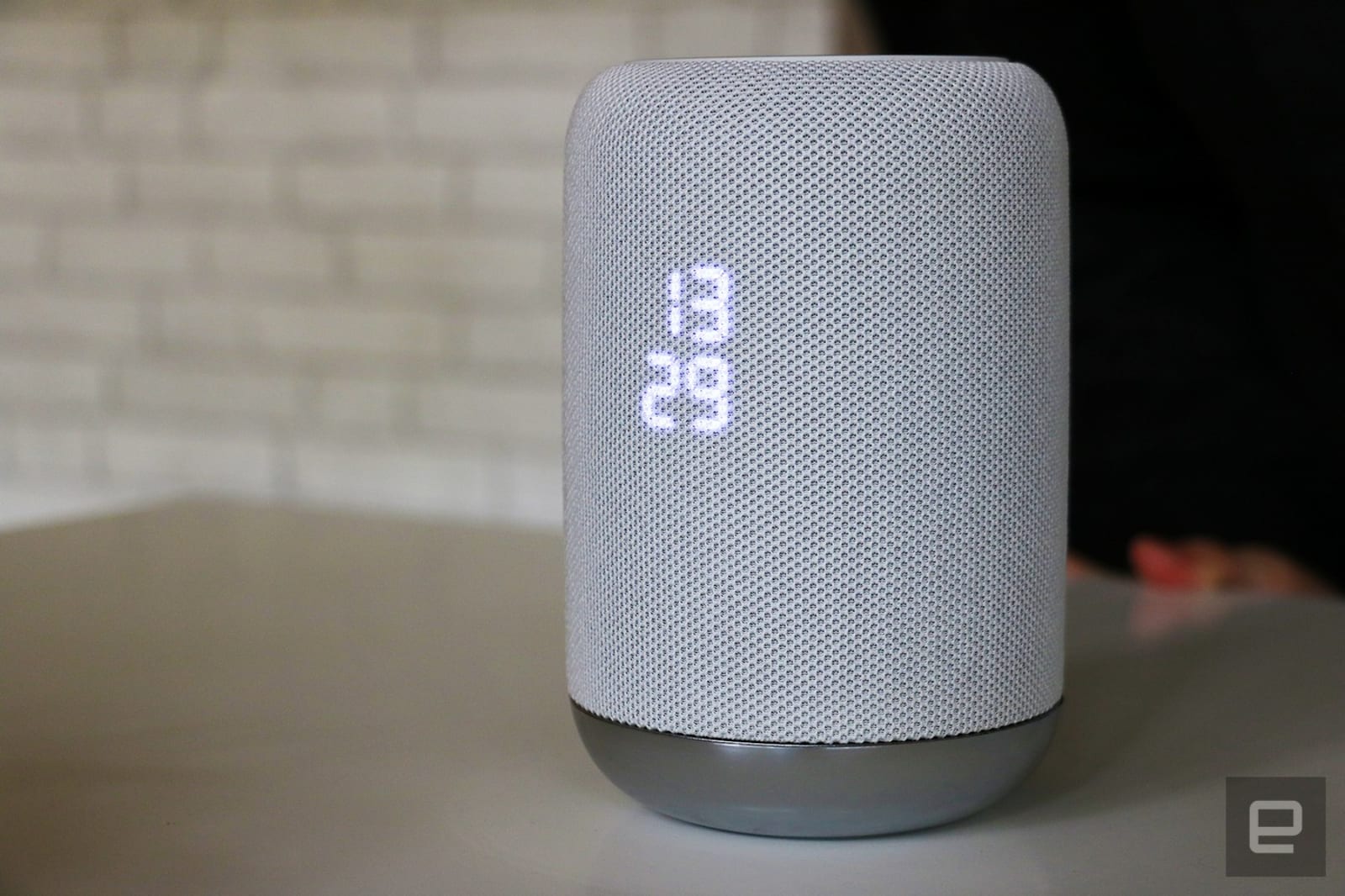 This is the most underwhelming feature of this product. It is nice, clean, and well... basic. It looks suspiciously similar to Apple's HomePod and has some features that resemble Amazon's Echo. The speak itself looks like (depending on the colour you choose) a grey, black, or blue soda can. With all an around perforated grill, the speak also has an LED display on the front to let you know what time it is. In addition at the top it has a nice looking ring of lights that indicate volume levels... wicked!

Of course this Sony speaker is not just a sound system that only includes only the best of every product already out there on the market. The most impressive piece of technology that this speaker has is the ability to recognize touch-free control gestures! This means with the ease of making a ring in the air or swiping you can adjust the volume, skip tracks and more! The speaker has a built-in Google Assistant if you don't feel like waving your hand around. It is the best of both worlds! Only tell your closest and most trusted friends about the touch-free feature, as you don't want anyone feeling like they can just change your music whenever! In addition to having a home assistant the sound quality is supposedly the best yet - which is what we really care about!

With its 360 degree, vertical to-way facing speaker you only get the best with maximum sound coverage. The speaker evenly spreads the sound around the room. The best part? It has a water repellent surface - so you can take it with you to the kitchen, bathroom, or outside when it rains with confidence.

This amazing speaker, will be available in October and will cost about 151 pounds. Yes, that may seem like a lot but in retrospect it is cheaper than the Apple HomePod. With its awesome sounds quality it has an edge but there is still a lot of competition out there!

If you are just looking for a nice Bluetooth speaker that you can also customise then head on over to GoCustomized!

Let us know what you think about the new Sony home speaker and assistant!